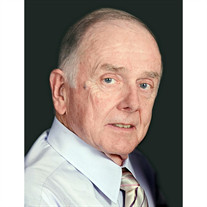 Wesley Kenneth "Ken" Roush, 78, of Hillsboro, passed away Wednesday, Sept. 16, 2020 at his home. Ken was born May 1, 1942 in Hillsboro, the son of the late Wesley and Sarah (Gross) Roush. Ken was a 1960 graduate of Hillsboro High School, earned his Bachelor of Science degree in Agricultural Education and Engineering at The Ohio State University in 1964, and took continuing education coursework at Miami University and Chatfield College. Ken taught for 32 years, mostly at Blanchester Local Schools as a sixth-grade science teacher. After he retired as an educator, he drove a bus for years for Hillsboro City Schools. He also farmed since he was a child, at his parents' and grandparents' farms, and owned, operated and managed Brown-Roush Farm since the 1960s, which has received an Ohio Sesquicentennial Farm designation from the Governor's Office and the Ohio Department of Agriculture. Ken restored the farmhouse his great-great-grandfather, Joshua Brown, had built in the 1840s, and it was often said that he could create, build or fix just about anything. Woodworking was a craft and talent he particularly enjoyed. Ken loved his Lord, his family and his community, and was always quick to lend a helping hand. He will be missed by many. Ken was a longtime member of the Hillsboro Church of Christ, where he served as an elder and deacon. Prior to that, he also served as an elder and deacon at the Fairview Church of Christ, where his parents and grandparents were members. He is survived by his wife, Judith Anne (Robson) Roush, whom he married June 25, 1966; and five children, Steve (Helen) Roush, of Hillsboro; Eric (Stephanie) Roush, of Waynesville; Sheila (Eric) Pancallo, of Marysville; Grant Roush, of Hillsboro; and Kristen (Clay) Timmerman, of Marysville; nine grandchildren, Wesley Roush, Isaac Roush, Liam Roush, Grace Pancallo, Carter Pancallo, Ada Pancallo, Clara Pancallo, Matilda Timmerman and Josephine Timmerman; a brother, Glenn (Anne) Roush, of Hillsboro; two sisters, Elaine Glenn, of Hillsboro, and Sally (Bill) Rogers of Hillsboro; three brothers-in-law, Dr. John (Diane) Robson, of West Liberty, Dr. Jerome (Corrine) Robson, of Modesto, Calif., and Dr. Jason Robson, of Bellefontaine; two sisters-in-law, Nancy Robson, of East Liberty, and Sara (David) Hemminger, of Fort Wayne, Ind.; and numerous nieces and nephews. In addition to his parents, he was preceded in death by a brother, Dr. C. Ted Roush; a brother-in-law, Danny Glenn; sisters-in-law Mary Roush and Karen Robson; and a granddaughter, Makenna Roush. A memorial service will be held at 2 p.m. Saturday, Sept. 26, 2020 at the Hillsboro Church of Christ. Calling hours will be held from noon until the time of the service at the church. Dr. Jason Robson will officiate. Burial at a later date will be at the Barnes Cemetery near Fairview. Memorial contributions may be made in his honor to the Highland County Historical Society. The Thompson Funeral Home is serving the family. Condolences may be sent to the family by visiting www.thompsonfuneralhomes.com.

The family of Wesley Kenneth Roush created this Life Tributes page to make it easy to share your memories.

Send flowers to the Roush family.