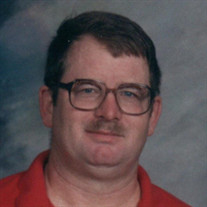 Orland Willis passed away at the Chillicothe VA, August 29th, 2021. He was born in June of 1949 to Rae Chambers Willis and Howard L. Willis, Sr. at Fort Sill, Oklahoma. He spent his youth traveling the world and United States as the family followed their father, Howard L. Willis, Sr. through many military posts. Orland is preceded in death by his parents and a younger brother, Paul. He is survived by his wife of 39 years Dollie and 4 children; Everett (Jeannie) Willis of Kyle, Texas, Callie Cearley of Middletown, Ohio, Emerson (Cassy) Willis of Hillsboro and John Willis also of Hillsboro. 7 grandchildren, 2 brothers, Howard (Terri) Willis of Florida, Bob Willis of Hillsboro and a sister Helen (Roland) Borne of Kentucky, nieces, nephews, many friends and family members. Orland enjoyed his family, farming and serving in the Army. He especially enjoyed playing with his grandchildren. Orland graduated from Hillsboro High School, enrolled into Ohio State University where he received his draft notice and call to serve the US Army in Vietnam. He completed multiple tours in Vietnam, returned home and joined the Ohio Army National Guard. He spent 40 years of his life serving his country in the US Army and Ohio National Guard. He retired at the rank of E8 Master Sargent in 2008. When he returned home from Vietnam he farmed with his parents, worked for South Central Power, then Rotary Forms Press as a Master Pressman. He was a life member at VFW Post 9094 of Hillsboro and the American Legion Post 633 of Seaman, Ohio. He was also a member of the Highland County Honor Guard, Masonic Lodge 38 and Eastern Star 441 of Hillsboro and served his community as a Scout Leader and merit badge counselor. Funeral Services will be 1:00 PM Friday September 3, 2021 at the Thompson Funeral Home. Burial will follow at the Union Cemetery in Belfast. Friends may call from 5:00 PM to 7:00 PM Thursday September 2, 2021 at the Thompson Funeral Home. Masonic services will start at 7:00 PM. The family ask in lieu of flowers donations be made to the Highland County Honor Guard, VFW Post 9094 of Hillsboro, American Legion Post 633 in Seaman, Ohio or Highland Masonic Lodge 38 of Hillsboro, Ohio. To sign our online guestbook, please visit us at www.thompsonfuneralhomes.com

Orland Willis passed away at the Chillicothe VA, August 29th, 2021. He was born in June of 1949 to Rae Chambers Willis and Howard L. Willis, Sr. at Fort Sill, Oklahoma. He spent his youth traveling the world and United States as the family followed... View Obituary & Service Information

The family of Orland Willis created this Life Tributes page to make it easy to share your memories.

Orland Willis passed away at the Chillicothe VA, August 29th,...

Send flowers to the Willis family.