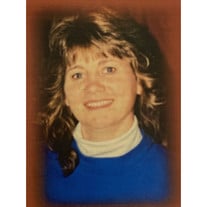 Lena Marlene Johnson was born on September 7th 1961 and fell asleep in death at 59 years of age on Wednesday January 20th 2021. Lena was united in marriage to Michael L. Johnson on May 1st 1999. Lena is survived by her husband, Michael; son, TY, mother, Jacqueline Meyer; stepfather, Joseph Meyer; brothers, Robert Bowers, Merlin Bowers, William Meyer (Courtney); sisters, Tina Mesman (Paul), Sharon Watts, Jackie Meyer, Wilhelmina Guerra, June McKillop, Candy Kerr (Mike); stepbrother, Joe Meyer, Jr.; stepsister, Angie Blizzard (Jeff); many nephews and nieces. Lena is preceded in death by her father Marvin Bowers, Brothers Richard Bowers, Marvin Bowers, and Marty Bowers. Lena dedicated her life to Jehovah God on June 21, 1980. She firmly believed in the hope given in the bible stated at Acts 24:15 "I have hope toward God ... there is going to be a resurrection. This will be in a world under the rule of God's Kingdom with Jesus Christ as King. Jesus taught his followers to pray for this kingdom to come and bring relief to the Earth and it's inhabitants. Revelation 21:4 gives hope of a wonderful future of life without the pains of death. Lena spent much of her time helping others learn about this hope. No matter which state she moved to, Lena attached herself to the congregation of Jehovah's Witnesses in the area. Wherever Lena found herself she was quickly admired and loved by those she met. Many enjoyed laughter and good times with Lena as she could laugh at the drop of a hat. Lena was instrumental at checking on her family always giving of herself for them anytime day or night. Lena will be truly missed by her family along with the many in the many places she found herself. Her life touched all sorts of people in a very special way. Lena died faithful to Jehovah to the point of using the last hours of her life to help others search for the truth found in the Bible. We leave Lena now in the hands of Jehovah her God and await her resurrection to a life of everlasting happiness on an Earth filled with the knowledge of Jehovah. (Isaiah 11:9)

Lena Marlene Johnson was born on September 7th 1961 and fell asleep in death at 59 years of age on Wednesday January 20th 2021. Lena was united in marriage to Michael L. Johnson on May 1st 1999. Lena is survived by her husband, Michael; son,... View Obituary & Service Information

The family of Lena M Johnson created this Life Tributes page to make it easy to share your memories.

Lena Marlene Johnson was born on September 7th 1961 and fell...

Send flowers to the Johnson family.