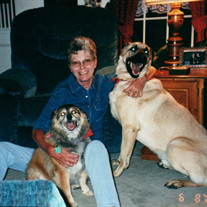 Gayle Coss, 77, of Hillsboro, died Friday, December 17, 2021. She was born in Phoenix, Arizona on October 1, 1944 and was the daughter of the late Helen Clemmons and stepdaughter of the late Charles Clemmons. She was a proud "navy brat" as her stepfather was a career U.S. Navy Chief Petty Officer and Warrant Officer. She attended several different schools in places where he was stationed. She attended college classes part time over a period of years at Weber State University, Columbus State, and Ohio State University. She obtained her B.A. Degree in Criminal Justice at Ohio Dominican University in Columbus in 2005. Her career and life demonstrated a desire to help people. She started as an administrative assistant for several companies and then became employed at Blue Cross/Blue Shield of Arizona working her way to a supervisor of thirty employees. After moving to Utah where she raised her children, she became employed at the Davis North Hospital in Davis County, Utah and became an Accredited Medical Records Technician. After Humana Hospitals acquired Davis North, she worked in administration including physician recruitment of physicians for rural hospitals throughout the west. She also worked with the Davis County Sheriff to establish a county wide emergency ambulance service. She became an EMT and worked for the Sheriff's Department. She became a certified police officer in the state of Utah and became a Deputy Sheriff. She worked in the jail, as a road deputy and eventually became an administrative assistant to the Sheriff. Gayle became involved in the victim rights program with the Sheriff, which resulted in her becoming involved in several Utah and national victim rights organizations and events. As a result of her national involvement, she was offered a job by the Ohio Prosecuting Attorneys Association to implement a grant to establish victim witness programs in the offices of county prosecuting attorney's offices throughout Ohio. In February of 1987, she moved to Ohio for what was anticipated to be a one-year job but its grants were renewed several times and eventually her job duties expanded to include the position of Director of Special Projects for the Association including serving as a registered lobbyist for legislative affairs. She also became a certified peace officer in the State of Ohio and taught courses on victim witness issues at the Ohio Peace Officers Academy. She served as an auxiliary officer for the City of Upper Arlington and the City of Hillsboro. On April 17, 1998, Gayle married Rocky Coss and moved to Highland County. She was employed as the Executive Director of Highland House Assisted Living (now Bell Gardens) and later worked as Admissions Director of the Laurels. She left that position with the intent to retire but became a substitute teacher in Highland and Clinton County schools. In June of 2005, she became the Executive Director of the Highland County Society for Children & Adults and was serving in that position up unto her death. Even during the past several months as she dealt with several debilitating health issues, she continued to work in that position to help people. Gayle was a very spiritual person and as a young child wanted to become a Catholic. Her family was protestant and she belonged to several churches until she was confirmed as a member of St. Mary's Catholic Church in Hillsboro in March of 2019. She was able to attend her first Easter Mass at the Duomo in Milan shortly afterwards. Gayle loved to travel with Rocky throughout the United States and internationally. They visited Canada, Mexico, Ireland and Iceland and went to the United Kingdom eight times. But the greatest trips of her life were to Italy in 2018 and 2019 visiting Rome and Milan including seeing the Pope and the Vatican. There was never a greater animal lover than Gayle. She always had dogs and cats. She used to rescue strays and after moving to Highland County, carried dog food in her car to feed strays or underfed animals that she observed while driving. After moving onto a farm in Union Township, Gayle and Rocky owned as many as six horses, another of her lifelong dreams. She loved Highland County and its people. She served in many other capacities including serving as a Trustee of the Highland County YMCA, the Highland County Humane Society and as a member of the Hillsboro Rotary Club serving as its secretary for ten years. In 2016, she was inducted into the AAUW Highland County Women's Hall of Fame. Gayle is survived by her husband, Rocky Coss, daughter Shawn Smith(Craig Burgess) of Tucson, Arizona, granddaughter Alex Hardy of Ogden, Utah, granddaughter Shannon (Cameron) Andreason of West Point, Utah, grandson Robert John Collard of Fort Mitchell, Kentucky, stepdaughter Tracey Coss (James Jones) of Fayetteville, stepson Derek Coss of Mason, step grandson Skylar Murphy of Fayetteville, brother Scott (Jasmine) Clemmons of Castro Valley, Utah, niece Amanda Clemmons, nephews Justin Clemmons and Spencer Sausser, and a very special friend who she called "my adopted grandson" Tim Luschek of Hillsboro. In addition to her mother and stepfather, she was preceded in death by her daughter, Sheila Collard and sister, Deborah Sausser. A Mass of Christian Burial will take place at St. Mary's Catholic Church in Hillsboro at 12:00pm Monday, December 20. Burial will follow at Dunn's Chapel Cemetery. Visitation for family and friends will be Monday, December 20 from 10 a.m. up to the start of the Mass. Gayle was a firm believer in wearing masks and practicing social distancing to prevent the spread of Covid 19. The family requests that everyone wear a mask and practice social distancing. In lieu of flowers, donations are requested to the Highland County Society for Children & Adults, the Highland County Humane Society or the Friends of the Highland County Dog Pound. To sign our online guestbook, please visit us at www.thompsonfuneralhomes.com

Gayle Coss, 77, of Hillsboro, died Friday, December 17, 2021. She was born in Phoenix, Arizona on October 1, 1944 and was the daughter of the late Helen Clemmons and stepdaughter of the late Charles Clemmons. She was a proud "navy brat"... View Obituary & Service Information

The family of Gayle Coss created this Life Tributes page to make it easy to share your memories.

Send flowers to the Coss family.