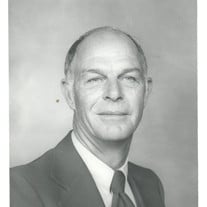 Francis D. "Dee" Rogers, 75 years of Marshall, passed away on Sunday September 5, 2021. He was born in Marshall Township on the family farm, March 25, 1946, the son of the late Raymond and Elizabeth (Park) Rogers. Besides his parents, he is also preceded by his brother, Hugh Rogers, sister-in-law, Frances Rogers, brothers-in-law, Ron Horton and George Greer, nephews, Rick Horton, Randy Rogers and Jarrod Smith, niece, Tina Anderson. Dee was a 1964 graduate from Belfast High School and a graduate of the Police Academy. Dee worked for Rotary Forms in Hillsboro prior to joining the Hillsboro Police Department. Dee served as an Officer and Detective for the Police Department from 1975 until 1983. In 1983 Dee went to work at the Good Year Atomic Plant where he work until he retired in 2008. Dee was a life long farmer and loved the outdoors where he loved to fish, hunt and mushroom hunting. Dee is survived by his wife, Janice (Gibson) Rogers, whom were married on June 11, 1966, daughter, Nicole (Phillip Schurman) Donley of Hillsboro, granddaughter, Autumn Donley, great grandchildren, Johnathan and Serenity Donley, mother-in-law, Georgia Hufford of Hillsboro, brothers, Larry Rogers of Hillsboro, David Rogers of Boise, ID and Duane (Carol) Rogers of Hillsboro, sisters, Janet Greer of Ft. Pierce, FL and Sandra (Donald) Anderson of New Vienna, sisters-in-law, Patsy Rogers of Hillsboro and Scarlett Thomas and several nieces, nephews, cousins and a host of friends. Funeral services will be at the convenience of the family. Burial will be at Marshall Cemetery. Thompson Funeral Home has the honor of serving the family. Donations can be made to the Hillsboro Christian Academy, 849 S. High St, Hillsboro, OH 45133 or to the Hillsboro Police Department Canine "Harley", 128 W. Walnut St. Hillsboro, OH 45133. To sign our online guestbook, please visit us at www.thompsonfuneralhomes.com

Francis D. "Dee" Rogers, 75 years of Marshall, passed away on Sunday September 5, 2021. He was born in Marshall Township on the family farm, March 25, 1946, the son of the late Raymond and Elizabeth (Park) Rogers. Besides his parents, he is... View Obituary & Service Information

The family of Dee created this Life Tributes page to make it easy to share your memories.

Francis D. &quot;Dee&quot; Rogers, 75 years of Marshall, passed away on...

Send flowers to the Rogers family.