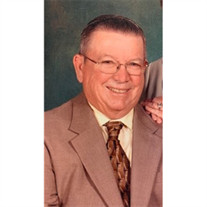 Edward I. "Eddie" Cadwallader, 79 years of the Danville Community, passed away on Wednesday January 6, 2021. He was born in Danville on May 4, 1941, the son of the late Hugh and Margaret (Leininger) Cadwallader. Besides his parents, he is also... View Obituary & Service Information

The family of Edward "Eddie" Cadwallader created this Life Tributes page to make it easy to share your memories.

Edward I. &quot;Eddie&quot; Cadwallader, 79 years of the Danville Community,...

Send flowers to the Cadwallader family.