To share your memory on the wall of Terrance Meranda, sign in using one of the following options:

Terry was born February 23, 1946 in Covington, Kentucky, the son of the late John Meranda and Ruth (Moore) Meranda. Beside his father, Terry was preceded in death by one brother, Timothy Meranda.

Terry grew up in Mt. Carmel, Ohio until high school. Terry graduated from Willowbrook High School, Villa Park, Illinois in 1964. He attended Southern Illinois University where he played freshman football . In 1966 he joined the United States Air Force and was honorably discharged in 1970. He obtained his BA from Northeastern Illinois University in 1975.

Terry is survived by his mother, Ruth Meranda, sister, Pat Meranda, one brother and sister-in-law, Mike and Mary Meranda of Villa Park, Illinois, two nephews, three nieces and nine great niece, nephews and friends whom he loved very much.

Services will be private and held at a later date.

Services entrusted to the Thompson Funeral Home and Cremation Services in Hillsboro where you may sign our online quest book at www.thompsonfuneralhomes.com.
Read Less

To send flowers to the family or plant a tree in memory of Terrance L "Terry" Meranda, please visit our Heartfelt Sympathies Store.

Receive notifications about information and event scheduling for Terrance

We encourage you to share your most beloved memories of Terrance here, so that the family and other loved ones can always see it. You can upload cherished photographs, or share your favorite stories, and can even comment on those shared by others.

Posted Feb 04, 2020 at 11:04pm
I graduated Willowbrook HS in 1964 with Terry. I remember him and his smile. He was always kind. He was popular, but he treated everyone the same. He was a friend to all, even us shy, quiet kids. He always made me smile. Rest in peace 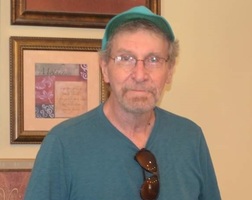