To share your memory on the wall of Richard Owens, sign in using one of the following options:


Rich attended Pandora-Gilboa High School and the University of Toledo. After school Rich began working with United Parcel Service and then CBT Credit Services in Toledo Ohio. Rich most recently worked for the Internal Revenue Service in Cincinnati. Aside from his work, Rich was an avid motorsports enthusiast and spent time riding and maintaining motorbikes.

In addition to his parents, Rich is survived by his sister Amy Johnson and brother-in-law Ted Johnson of Bennington VT and their two daughters Abigail Lannotti and Anna Lannotti; his brother Grant Owens and sister-in-law Amy Owens of New York, NY and their two daughters Hattie and Maeve. Rich was predeceased by his paternal and maternal grandparents and his nephew Owen Lannotti.

Should friends wish to make memorial contributions in Rich’s memory, the family requests that those be made to the “Owen Iannotti Scholarship Fund” through Southern Vermont Supervisory Union, attention: Renee Gordon 246 South Stream Road Bennington VT 05201

The family has entrusted the services to the Thompson Funeral Home in Hillsboro. To sign our online guest book, please visit us at www.thompsonfuneralhomes.com.
Read Less

To send flowers to the family or plant a tree in memory of Richard Alan ""Rich"" Owens, please visit our Heartfelt Sympathies Store.

Receive notifications about information and event scheduling for Richard

There are no events scheduled. You can still show your support by sending flowers directly to the family, or planting a memorial tree in memory of Richard Alan ""Rich"" Owens.
Visit the Heartfelt Sympathies Store

We encourage you to share your most beloved memories of Richard here, so that the family and other loved ones can always see it. You can upload cherished photographs, or share your favorite stories, and can even comment on those shared by others. 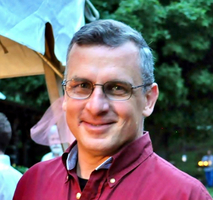