To share your memory on the wall of Michael Rector, sign in using one of the following options:

Provide comfort for the family by sending flowers or planting a tree in memory of Michael Rector.

Provide comfort for the family of Michael Rector with a meaningful gesture of sympathy.

Mike was born May 28, 1940 in Dayton, Ohio. He was preceded in death by Walter Stiner, Virginia Holt Rector, Harvey Rector, one brother, Jim Rector, and one si... Read More
Michael E. Rector, 79 of Hillsboro, passed away Wednesday November 13, 2019.

Mike was born May 28, 1940 in Dayton, Ohio. He was preceded in death by Walter Stiner, Virginia Holt Rector, Harvey Rector, one brother, Jim Rector, and one sister, Linda Lowe.

Mike was a member of the Union Church of Christ. He was a veteran of the United States Army. He retired from Time Warner after 35 years of service. He was Highland County Commissioner for six years, member of the Hillsboro Rotary Club, served on the board of Samaritan Outreach, and was active in the Emmaus Community.

Friends may call at 10:00am Saturday November 16, 2019 until the time of service at the Union Church of Christ.

Donations may be made to the Union Church of Christ.

The Thompson Funeral Home in Hillsboro is in charge of arrangements, where you may sign our online guest book at www.thompsonfuneralhomes.com.

To send flowers to the family or plant a tree in memory of Michael E. Rector, please visit our Heartfelt Sympathies Store.
Read Less

Receive notifications about information and event scheduling for Michael 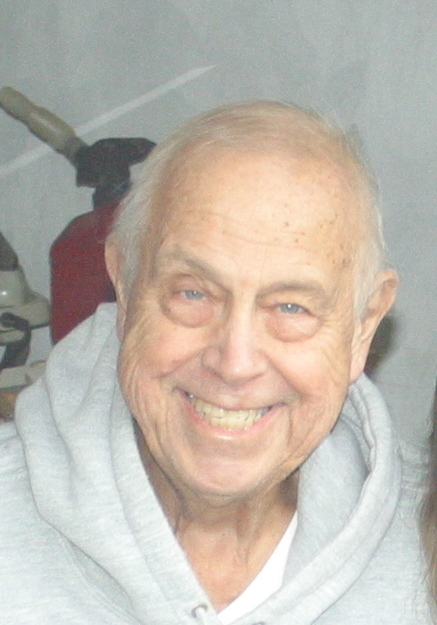 We encourage you to share any memorable photos or stories about Michael. All tributes placed on and purchased through this memorial website will remain on in perpetuity for generations.

Dear Peggy and Family - please accept our heartfelt condolence, with the passing of Mike, "Roger Rabbit" as we fondly called him in Florida. Our thoughts and prayers are with you at this time.
Comment | Share Posted Nov 20, 2019 at 07:06pm via Condolence

Peggy and family,
I'm so sorry for your loss. Mike sure was a sweet man. He did a lot for our community. And he gave good hugs too. May God give you peace and comfort. God bless
Comment | Share Posted Nov 20, 2019 at 01:56am via Condolence
L

Peg & Family...so very sorry to hear of Mike’s passing. He contributed so much to our community and even though a ‘transplant’ to Highland County, he became a solid staunch supporter for us. I know he’ll missed by everyone who knew him, but am thankful he’s now with God. Leslie Ramsey & Family
Comment | Share Posted Nov 19, 2019 at 08:06am via Condolence
RS

Peggy and family, We are very sorry for your loss. You are in are thoughts and prayers.
Bob and Christine Storer
Comment | Share Posted Nov 16, 2019 at 12:17pm via Condolence
MR

We are thinking of you at this time of sorrow. Mike was a good person and will be missed greatly by everyone. May you have comfort in knowing friends are there and share in your loss. God bless you. Monty and Barbara Rayburn.
Comment | Share Posted Nov 15, 2019 at 09:48pm via Condolence