To share your memory on the wall of Jennie Stultz, sign in using one of the following options:

Jennie was born January 11, 1947 in Hillsboro to the late James Clements and Genevieve (Caplinger) Hilton of Hillsboro. Beside her father, Jennie was p... Read More
Jennie Lynn Stultz, 73 years of Hillsboro, OH., passed away Sunday, January 26, 2020.

Jennie was born January 11, 1947 in Hillsboro to the late James Clements and Genevieve (Caplinger) Hilton of Hillsboro. Beside her father, Jennie was preceded in death by two great grandchildren, Aubrey and Bradley Meredith.

A Celebration of Life will be held Saturday, February 1, 2020 at the Marshall Community Center where a Gathering of Family and Friends will be held from 11:00 A.M. until 3:00 P.M.

To sign our online quest book, please visit us at www.thompsonfuneralhomes.com.
Read Less

To send flowers to the family or plant a tree in memory of Jennie Lynn Stultz (Clements), please visit our Heartfelt Sympathies Store.

Receive notifications about information and event scheduling for Jennie

We encourage you to share your most beloved memories of Jennie here, so that the family and other loved ones can always see it. You can upload cherished photographs, or share your favorite stories, and can even comment on those shared by others.

Posted Jan 30, 2020 at 01:30pm
Dear Genevieve,
So very sorry to read of Jennie Lynn's passing. Thoughts and prayers to you and the family.
Ann Branham (Eloise Henry's daughter)
Satsuma, Florida.

Posted Jan 26, 2020 at 09:24pm
I love you so much Gran! 💜
I’ll never forget all the memories we’ve shared as there are countless ones I’ll pinpoint a favorite. When Amber and I were kids playing in the sandbox with our tea set you would pretend to eat and drink from them even if it was just sand. Also, we used to take a bowl of “food” (sand) to the fence by the field and feed the crow ornament! I will forever cherish the memories I have with you. I love you so so so so so very much. 💜🤟🏻
Comment Share
Share via: 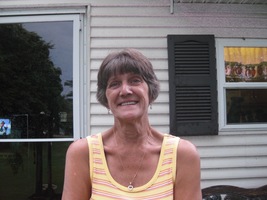