To share your memory on the wall of David Allen, sign in using one of the following options:

Provide comfort for the family by sending flowers or planting a tree in memory of David Allen.

Provide comfort for the family of David Allen with a meaningful gesture of sympathy.

David O. Allen, 82, of Hillsboro,Ohio passed away peacefully October 19, 2019 surrounded by his wife Shirley and their three children.

David was a self made entrepreneur and inventor. He was head of research and development for Buckeye ... Read More
David O. Allen, 82, of Hillsboro,Ohio passed away peacefully October 19, 2019 surrounded by his wife Shirley and their three children.

David was a self made entrepreneur and inventor. He was head of research and development for Buckeye Molding Company before starting Allen Tool Company, Inc with his son William Allen in 1979. He developed plastic injection molds for food packaging. Many of the commonly used plastic containers and lids in the grocery aisles were designed by him. He was passionate about his work and didn't believe in retirement. His last patent was issued just a few months ago. Most people would never know of his accomplishments. If asked what he did for a living he would simply respond "machinist."

He demanded excellence of himself in everything he did. He was an avid golfer winning many local golfing tournaments. He was a self taught musician who could hear a song and play it note for note on the piano or guitar. He loved the outdoors and in his younger years spent much of his free time hunting, fishing, camping, and shooting clay pigeons. Other hobbies throughout the years included cooking, gardening, bowling and watching sports on TV. Dinner time was planned to assure that he never missed an episode of Jeopardy. He could have easily been a contestant.

His family and friends appreciated his sharp wit and valued his insight. He was a man of few words but demonstrated his Christian values by the way he lived his life.

David was born November 10, 1936 in New Vienna Ohio. He was the son of Violet Stockman Allen and Harry F. Allen. He is preceded in death by his brothers Harry G. Allen and James F. Allen. He is survived by his wife of 65 years Shirley Johnson Allen and his sister Sue (Tony) Lamke.

The family will honor his life Saturday October 26 at Thompson Funeral Home 241 East Main St. Hillsboro, Ohio. Visitation is from 11:00 AM to 1:00 PM with the funeral service beginning at 1:00 PM. Internment will follow at the IOOF Cemetery, Nordyke Road, New Vienna Ohio.

Donations in lieu of flowers can be made to Community Care Hospice or the James Cancer Center.

To send flowers to the family or plant a tree in memory of David O. Allen, please visit our Heartfelt Sympathies Store.
Read Less

Receive notifications about information and event scheduling for David 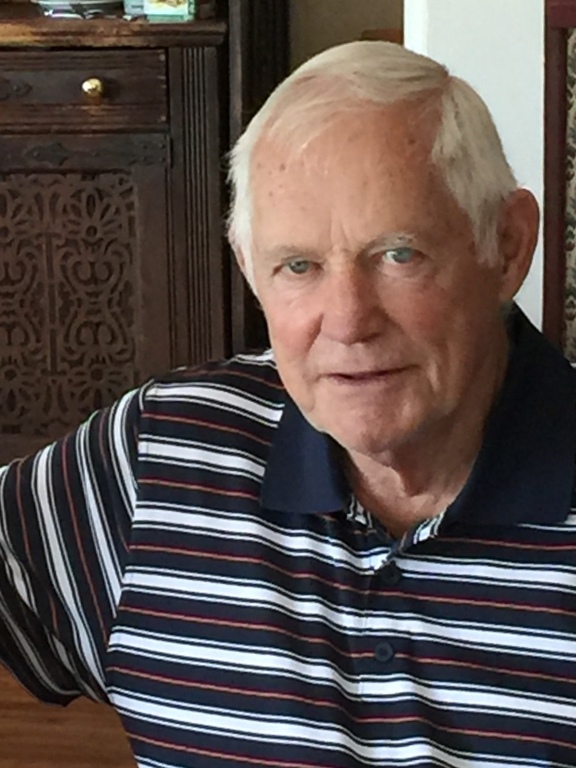 We encourage you to share any memorable photos or stories about David. All tributes placed on and purchased through this memorial website will remain on in perpetuity for generations.

To Jodena and Family - with love, prayers, and condolences.

Flowers were purchased for the family of David Allen.
Order Now | Show All
Comment | Share Posted Oct 23, 2019 at 11:41am via Floral Arrangements
HS

Blooming Garden Basket was purchased for the family of David Allen.
Order Now | Show All
Comment | Share Posted Oct 23, 2019 at 10:59am via Floral Arrangements

Our hearts and thoughts go out to you Shirley and your immediate family in the loss of Dave.

You are in our hearts and thoughts.